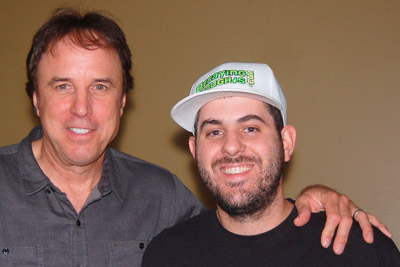 Hello, my name is Sean, or you can call me Resinated Lens. I began using the pseudonym Resinated Lens before marijuana had legalized recreationally, hence I felt I should remain anonymous. Fast forward to present day, the risk has passed, but the name stuck. I grew up on a 25 acre farm at the base of the cascade foothills in the Willamette Valley.

I graduated from The Art Institute of Portland in 2004 with a Bachelor of Science in Graphic Design.  From 2004-2010 I worked as a designer for Architectural Sign and Display companies. In 2007, I began freelancing as a photographer in addition to design. In the fall of 2010, my entrepreneur journey went full force. I started my own creative studio offering branding, marketing, design and photography.  As of 2015, I’ve devoted myself completely to the cannabis industry.

My photographs are published in magazines across the nation,  I’ve been featured by major brands such as Hightimes, Weedmaps, Leafly and Dope Magazine. I’ve shot in over 140 dispensaries in Oregon.  I’ve photographed over 1,500 cannabis specific photoshoots and I also am experienced with aerial imagery and video production.

Learn more about my services